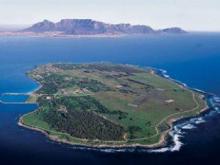 India is located in South Asia. This state owns a large area, including a large number of islands in the Indian Ocean. Most of the larger islands have their own self-government. India has a coastline of 7517 km length, about half belong Nicobar, Laccadive and Andaman archipelago is ostrovam.Samymi large Andaman and Nicobar Islands, they are the single Allied territory. It is about 570 islands located within the eastern coast of the state, in the Bay of Bengal. This accounts for 550 islands Anlamansky archipelago.
People live only in 38 islands. These islands are open for tourists. However, to visit the islands, any tourist will issue a special permit. Previously, these islands were inhabited by tribes, therefore, the national composition of this land is unique. The natives communicate exclusively in the language, which can not be attributed to the same language family. Every island can be regarded as the kingdom of the rainforest. There are excellent beaches with white sand, coral reefs, clear and warm water in the sea, and much more, making beach holidays memorable and comfortable. In the forests of the islands it was discovered more than 55 species of mammals and 80 species of reptiles. Among the tourists more popular Laccadives. The group of islands formed by coral patches and has a total territory of Lakshadweep. Located to the south of the archipelago of the Maldives in the Arabian Sea. Tourists have access only to a small island called Bangaram. A temporary visit can be carried out on the uninhabited islands of steam and Thinnakara.
For the largest islands include Diu, Salsett, Elephanta, and Sriharikota Madzhuli. The most densely populated island is considered Salsett, it has an area of ​​438 square meters. km. Part of the island is the town Mumbai.Zavisit climate of the country in many respects from the Himalayas and the Thar Desert. Often in the country formed the monsoons. The Himalayas serve as a barrier to cold air masses from Central Asia. Provided a few basic types of climate: subtropical monsoon, mountain, dry tropical and humid tropicheskiy.Prinyato allocate three seasons: wet and hot starts from June and lasts till October, followed by a dry and cool season, from November to February. February starts hot and dry season, which lasts till the end of May.